Day Crafting Today / Why would you want to join a choir if you’re an introvert?.

Why would you want to join a choir if you’re an introvert?

Does the lack of time or fear of stepping out of your comfort zone prevent you from experiencing joy and remarkable days? This is a short story about grief and the crunch day to take on a challenge. 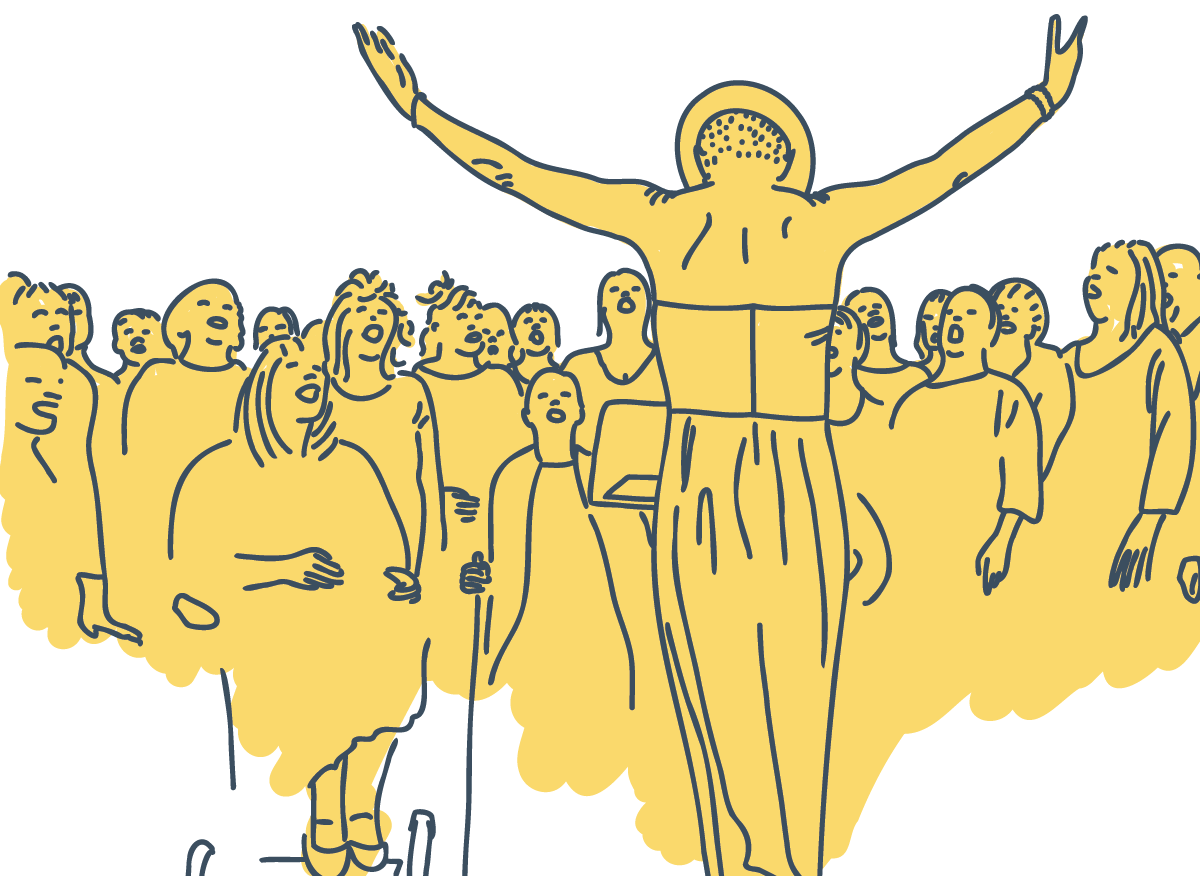 When I used to be more extrovert (to about 15 years ago) I used to sing. As a kid, I was a choir boy and sang the Once in Royal David’s City solo in Wells Cathedral at a choirs festival. I sang in musicals and in a band. My favourite part was as an a’cappella-singing monk / narrator of the obscure Tim Rice musical Blondel. We had to learn minutes of intricate four part harmony. I loved it. You can hear the King Singers doing the same parts at the beginning of this recording. (It’s hysterical that I can remember most of the lines.) In my early 30’s I came out of the closet as an introvert although that doesn’t really work as a metaphor. Maybe introvert’s go in?

My mother sang throughout her life. She was a folk singer in the 60’s and in her last 10 years, during a slow decline in her health, being part of two local choirs was a significant factor in her wellbeing. The choirs existed just to enjoy the benefits of singing in a group rather than to perform to an audience. I was glad that she had fixtures in her week that gave her such happiness. In the last, very frail week of her life, she was visited by a few members of one of the groups, who sang some of her favourite songs – she joined in with the alto parts from her hospital bed. In a reprise of my four part harmony plainsong credentials, we sang Bobby McFerrin’s very beautiful and moving 23rd Psalm at her funeral.

You don’t need to make note of the most frequent findings in the positive psychology research because they reappear so often. Amongst the activities that raise happiness the most is singing in a choir. The benefits range from physiological improvements (breathing, posture, muscle tension, lung function, reduced snoring) to improved cognitive function. There are a host of (happy) hormonal responses associated with being in sync with a group.

In the first months without my mother, the idea of joining a choir began to seem like a way to connect with something that was important to her, but I’m not the extrovert I was – far from it. Some challenging activities can be made a lot easier by making the first step small and as easy as possible, but eventually it comes down to being brave and going for it. Day Crafting is a way to support those tricky steps (whatever they are) to Prepare (another method) ahead and accept that if the negative expectations are right, then we’ll be able to cope with the consequences. There are even tools around reframing expectations in the Introductory Workbook. Maybe, I could tell myself, joining a choir might not only be a way to experience something my mother found so valuable but I might turn out to like it.

The timing was right which helped. A friend of mine, a community choir leader from the natural voice network, started a new choir local to me (I expect you can find one local to you too). I’ve been part of it ever since. I still find the introvert / extrovert aspects difficult. I don’t know myself as a singer as I used to – if that makes sense. (Most of us are actually ambiverts which is yet another way MBTI has it wrong.) I shy away from any opportunities to perform publicly but I’m relishing, as my mother did, being in connection, in such a visceral way (even choir singer’s vital signs begin to harmonise) with others.

Our identity and personality is not fixed. It can change throughout our lives and can even depend on our day to day energy – which means that we need to reappraise what new activities we take on. Have another look at your wish list / bucket list / challenge list and refresh it with ideas that better match who you are now. Whatever you decide to do, you’ll need some time for it. Many of us are time-poor. Our society is wired up that way,  in the UK and USA especially. The countries that come top of the happiness index most often are time-rich, their citizens orientate their lives (their days) around being time-rich which means that joining groups and indulging in active rest activities and hobbies are prioritised. Time-rich or cash-rich are orientations around lifestyle, choices and happiness expectations. Research is growing on this facet of positive psychology but it seems like the time-rich are happier and becoming more time-rich is a good project for a Day Crafting Apprentice.

Setting intentions – the Day Crafting tool you’ll use most

Have you heard of a stitching pony? Every craft has ubiquitous tools, the potter’s wheel, the smith’s anvil, the carver’s chisel – and the leatherworker has the stitching pony which is used to grip the material. To the Day Crafter the tool used most often has to be intention setting.

Get Your Day Crafting Five A Day

What five things could you craft into every day to help your life flourish? This simple intervention goes to the heart of the Day Crafting philosophy – the good life is more days with time for these activities. The ingredients for a good life are simple, the challenge is intentionally making time for them and giving them our attention.